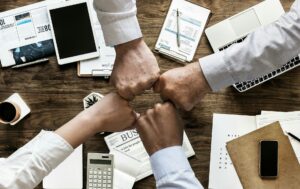 There has been so much written on leadership in the last year, it’s hard to keep track of it all. Leaders should be storytellers, communicators, holistic, strategic, encouraging, creative, conservative, risk taking, ethical, competitive, inspiring and a whole host of other attributes.

There are countless books currently available on the subject, and it would not surprise me if there were close to over half a million articles on the subject. It is the bread and butter of every consulting firm throughout the world. With so much content offering thought and insight, you have to wonder why leadership still an issue?

“I have been here 25 years,” said the director of a large municipality. “I have outlasted three city managers so far, and I will outlast this one.” This is the attitude many leaders face, especially when they are brought in from outside organizations to run or manage large, well-established ones.

Negative leadership, however, can have a fast, dramatic effect on a positive culture. WorldCom was a telecom leader and had a very innovative culture until Bernie Ebbers took over. While squeezing every cent he could from the environment and putting pressure on employees to work harder with less, he was pillaging the company. Turnover soared and, within a few years, WorldCom was bankrupt.

Culture as a Function of Leadership

Companies reflect the ethics of the leaders who run them. We’ve seen in recent times the reaction employees and the public have to companies who fail to address their stance on social issues, harassment, pay gaps and whose political leanings go against what employees view to be the common good.

As a result, leaders find themselves having to publicly make statements condemning systemic racism, political violence and other topics that aren’t easy to talk about without offending someone or putting oneself at risk. But ultimately, the ethical stands a leader takes becomes a part of the organization’s culture.

Bob Page felt like an outsider and had to hide his sexuality. When he built Replacements, Ltd., he ensured everyone it would be a place that accepted diversity—not just of lifestyle but of thought—and would invest in building their community. Anita Roddick founded The Body Shop to build an environmentally-friendly corporation, which reflected her commitment to environmental activism. Jim Goodnight’s commitment to work-life balance is part of the culture at SAS, the largest privately-held company in the world. Jack Welch’s commitment to being the best created an environment of excellence at General Electric. In each of these cases, the ethics of the leader became a central part of the culture.

The Obstacles to Culture Change

The real obstacles to culture change are internal obstacles. False ego, fear, complacency and preconceived ideas create a negative environment. When change is introduced there is resistance, even when the change is positive. People learn different coping mechanisms to avoid the change, such as hiding behind procedures, “water cooler” talk or actively undermining the initiative.

The remote work landscape changes some of this as employee communications can be more easily monitored and there are fewer “water cooler” moments on offer to begin with. But negativity can me a bit like trying to contain water in an enclosed space. If there’s a place for it to leak through, it likely will. The question then becomes how leadership can have a positive impact on the culture of an organization?

People are inspired by vision. They want to follow a leader who shows concerns and values that are important to them. A positive leader will inspire 100% effort from everybody. Here are some signs of a good leader and how the leader affects the culture: