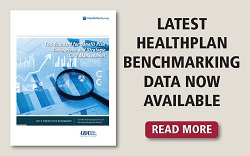 While the rate impact of the regulatory environment plays out, one thing is clear from the 2017 UBA Health Plan Survey: employers continue to shift a greater share of expenses to employees through out-of-pocket cost increases. While this is just one of 7 mega trends uncovered in the survey, it is particularly interesting this year because singles were hit more heavily than families as compared to years past.

For a comprehensive chart with average/median, in-network/out-of-network deductibles, maximums, and copays, download UBA’s free 2017 Health Plan Survey Executive Summary. To benchmark your exact plan against others in your region, industry or size bracket, contact a UBA Partner near you to run a custom benchmarking report.